Gitta De Ridder Singer-Songwriter, originally from The Netherlands, she started her musical journey in the UK some 6 years ago.

After several forms playing with different bands and people and touring in Italy, Greece, Germany, Ireland and the Netherlands she has recently re-found her roots of playing and writing her songs with her acoustic guitar.

Gitta de Ridder : Sometimes you’re in a relationship for a long time. You look back and realize it’s not the same thing. So I guess the difference is, right now it might not be as special as it was, or the feeling that it’s still there, but it’s not.

dwf : You’ve traveled all over Europe and settled in the UK, do you feel you now found your home?

Gitta : I was talking to my mum recently. She said that when I was 10 I was already saying I wanted to leave Holland. To be fair I never really had an idea where I wanted to go. I was sure I had to be somewhere I could speak English. Being that I write in English. it makes sense to live in England.

Gitta : A lot of the songs on the EP and the title track is about the happiness in children where it’s a little more innocent. It’s actually about that sense of freedom and sense of identity I guess, in a sense of when you’re not thinking about it. You’ll see with the video the video for the song ‘Come find me‘ it’s all very childish, I’m making a little animation for it myself.

dwf : Is anyone in your family musically as gifted as yourself?

Gitta : My whole family is pretty musical. My grandparents from my dads side, they’re both in opera, singing. My gran plays violin as well. My dad has always acted and my mums side of the family everyone seems to be playing instruments.

dwf : How would you describe yourself?

Gitta : Someone who’s creative and passionate. I would describe myself as quite emotional with my music and quite intimate, it’s all about the feeling and intuition. That’s what I try to say to other people and what I want it to be for them. I want it to be an emotional experience.

dwf : Your new EP ‘Come Find Me‘ How long has it been in the making?

Gitta : Actually it’s been in the making for years and years. 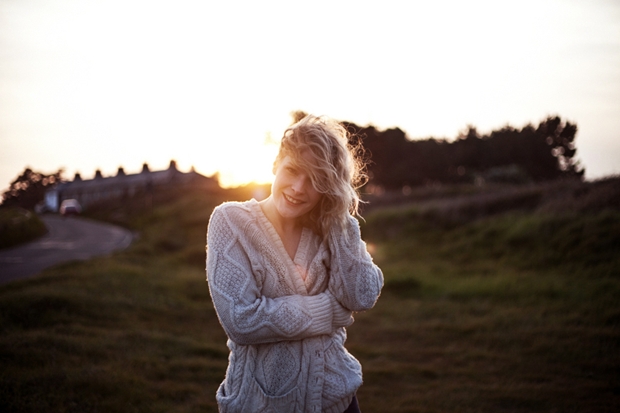 Gitta : No it’s 5 because I released ‘Mr Yesterday’ as a single. So ‘One Thousand Fireflies‘ is on there ‘All my mind‘ is a brand new song that isn’t supposed to be on there. ‘All my mind‘ is one of my newer songs I really love, that’s the opening track for the EP. ‘Wished For Stars‘ ‘Come Find Me‘ and a song I wrote for my dad ‘This Is Now My Home‘.

dwf : From your own experiences what’s the best advice you can give to anyone who’s thinking of starting their own music career?

Gitta : To be honest I feel I don’t know anything yet. It’s just finding out what it is you want to do.

I’m starting to realize there is so much competition out there it freaks me out, but then at the same time all that should matter is that I’m making something that I enjoy doing and find a way to connect with people. For someone starting out, the most important thing is just enjoy what you do.

Write music you like. Along the way you learn sometimes it’s not only about what you want to whinge about in a song, it maybe about how you feel that somebody else is going to feel about that, I try and to think about that.

I think if you play half an hour of songs that are only saying I’m so depressed or something, then no one is going to enjoy that. Someone might enjoy the one song, but there should be a little bit of everything, there’s so many magical things to sing about.

‘All My Mind‘ is completely a song that came from my passion for my music, that’s what it’s about “All my mind to it, all my heart to it, all my life to it, to where I belong” that’s lyric of the chorus. That’s about that, there’s always songs like that.

With ‘Come Find Me‘ that’s actually just a positive message which I actually wanted someone to say to me, that’s what I wanted to give out.