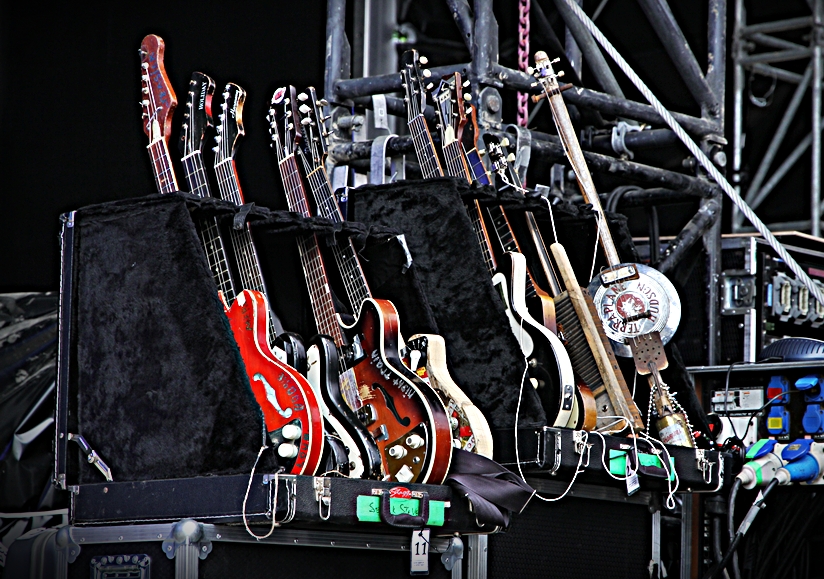 First and foremost he’s known for his amazing and out-there shows and secondly for his bespoke guitars and unique instruments, including his world famous Morris Minor hubcap guitar.

Seasick’s UK breakthrough is said to be since his appearance on the ‘Jools Holland’ annual Hootenanny BBC TV show in 2006. It was at this moment he came into the spotlight of the British public.

dwfMedia : You used to be a carnival boy, tell me a little more about your experience!

Seasick Steve : That was a long time ago. I was setting up the bumper cars. My job was to set up the steel plates around the cars. When you work in the carni you do everything, but my job was that. (dwf : where did you work?) Steve : Everywhere. Wherever the carni went. I worked in many different carnivals, man that’s another life. That’s just a place you go when you got no place else to go. I was thinking about it yesterday, we were talking about all the criminals, people used to hide in the carnivals. Back in them days, I don’t know if nobody had a problem, everyone had a problem, but no one talked about it.

I was thinking it was funny, in America there was a code that the police didn’t bother the carni’s, they could have, but there was no computers back then so it was hard to check on people. It was a sketchy deal. I was just a kid, I used to like it when we come to town because that was the only time I got to see kids my own age. 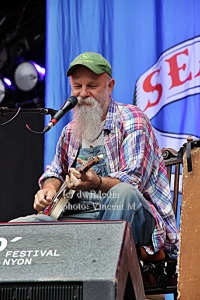 dwf : Beside music, what’s a typical day for you?

Steve : That is my day now. I am afraid to stop. I feel like if I stop maybe pretty quickly people will forget about you. I got Grandkids spread all over the world, so I’m going to take a couple months off in September and go see the Grandkids and be a Granddaddy. 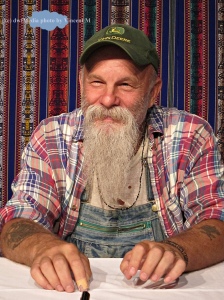 Steve : Now my favourite one is this thing I made out of a washboard. My son used to play this washboard. I was looking at it one day and I thought man, this thing needs to turn into a guitar. I found a banjo neck and it has one string on it now, I really like that because you can scratch it while you play, right now it’s my favourite anyways.

dwf : What’s your best advice for anyone starting out in the music business?

Steve : (Long pause) A lot of bands / young people, I think they already practicing their autograph before they got nowhere. Sometimes you don’t ever get nowhere.

If I could tell young people something about playing, have it be your friend. When you got a guitar you can go in your room and play and it’ll always be your friend. Maybe you ain’t never gonna get famous, but you always got a friend. If by some chance you get successful, like a lot of bands think that the audience is lucky to come see them. But I think the opposite, I think they my boss. They pay and I’m going to go there and do my very best job so I can have another job. Never take it for granted and know you’re so lucky you got a dream job, you got a dream.

When you’re young you’re like I’m so groovy, but I know I’m not so groovy and I feel lucky to get to go and play. I wish I could give that to all the young bands. Man, never take it for granted. You maybe working in McDonalds in another year or two.

If you get a chance to go up there, don’t look at your shoelaces look at them people and go, fuck yeah. 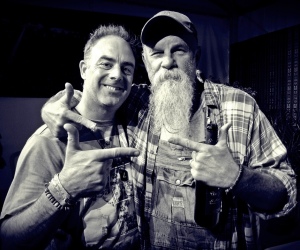