Part ONE can be found by clicking here!

Meeting Carrie was a pleasurable experience and can not wait to see her perform live again sometime soon.

Be sure to like her and check out all her ‘YouTube‘ video’s and maybe one day we’ll meet up at one of her many shows? 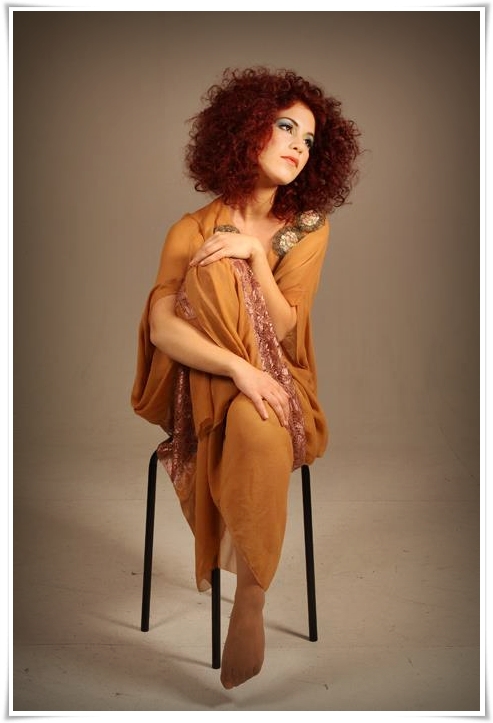 dwfm : Now signed with ‘Fairwood Music‘ what can we look forward to?

C.H : At the moment it’s a really exciting time, just the beginning really.

What I can confirm is that I’ve been signed to a 3 year contract, which means I’m an official songwriter now. I can call myself that now it’s my job, it’s amazing. 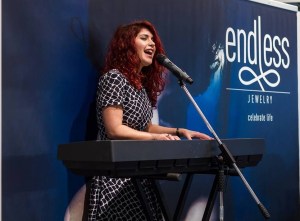 Also I wrote a song which was originally written as a jingle and it got selected by a Danish jewelry company. They’re using the song for their advertising campaign in Germany. I’m also going to release it as a single.

C.H : Eurythmics ‘Sweet Dreams‘ but I really like ‘I Wanna Be loved By You‘ by Marilyn Monroe, I really enjoy performing that one.

dwfm : ‘I wanna Be Loved By You’ That’s a bit sexy that song. C.H I do it in a more cute way, I add a Carrie flavor to it haha.

dwfm : Was it your choice to move to the UK to further your career or were you asked?

C.H : It’s funny because everyone knew I was going to move to the UK before I did, including my parents. ‘Tony Moore‘ who runs the music night at ‘The Bedford‘ was doing a music program in Malta oddly enough, really random. I was asked to perform at the same gig he was at. I lent him my keyboard so that he could perform as well. He saw my performance and invited me on the program, he welcomed me each week to convince me it was a good idea to come to the UK. After a few months I came to London, I did a few gigs went back several months later came back did it again.

I realized each-time I was really impressed by the standards of music in London. I was inspired by it every-time. I always went back to Malta with this energy and excitement and realized I was missing out. It just made me see beyond Malta.

dwfm : What’s your favorite pass time? C.H : I love going to the park. I love shopping, I love these independent cafe’s. I love to go to a cafe and read, that’s my idea of heaven.

dwfm : Via your facebook you talked about ‘She Loves Me Loves Me Not‘ ‘In My Hands’ and other songs, where are they all?

C.H : I’m recording ‘In My Hands‘ at the moment. I took some of my old videos down because of the quality. It was important for me that what is available is really clear and looks professional.

dwfm : You were a guest singer on a track called ‘Alien‘ was this your 1st experience in your music career?

C.H : It wasn’t the beginning of my career it was a favour for a friend if I’m honest, called ‘Demis’. It was more about his guitar playing, he wanted an album to show off his guitar skills. I tend to try out different things.

I’ve also done hip-hop stuff as well. I wasn’t’ exactly the official singer but I went to France with a hip-hop band about 6 or 7 years ago. We kind of represented Malta in this festival called ‘Europa Vox‘ in France, that was fun. They were called ‘Sick Symphonies’ they’ve now split up into different groups.

dwfm : How do you deal with criticism?

C.H : I’ve come a long way with that. In the beginning my mum was always very straight with me, it helped. My Grandmother was my teacher from a young age. I was used to being told “No that’s not right” having said that, hearing it from other people it became more of a reality check.

That was one of the amazing things about coming to London people are always very honest with me. My stage performance had to change, the way I spoke had to change the most, the way I pronounced things and addressed things. I’m very to the point, maybe I’m a little more quirky the way I talk. It’s all been a learning experience. I love criticism I go looking for it, I ask people to tell me what’s wrong with this or that, that’s the way to learn.

dwfm : What the best advice can you give for anyone in music?

CH: As an artist having someone in your life that you know is always going to give you a shoulder to cry on, be honest with you, says what you need to hear at the time, be supportive of you and will always be there when you need, is very important.

If it’s a family member or a teacher or anybody, in my case it was definitely my vocal coach ‘Line Hilton‘ she helped me out so much. Make sure you know what you want and be ready to be disappointed. That’s the true test, when you get through disappointment and continue. You need to want it enough, you can’t just wake up and say I’m going to try it out. It’s not that easy.