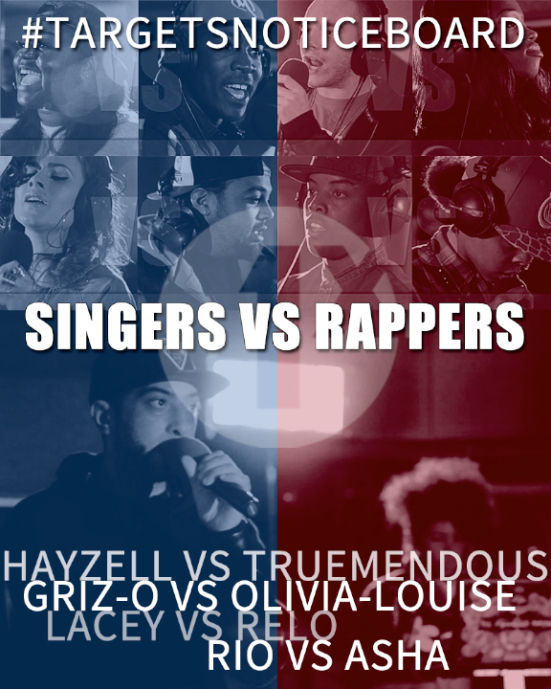 For the avid hardcore fans of ‘BBC Radio 1XTRA‘ you’ll know what this is about, for the one’s who ain’t in the loop here’s what’s been going on in the studio.

Some of you won’t move and love rappers or stick by the singers. If you’re kinda stuck on one genre you are missing out. Check out this slick line-up and then make up your mind. The recent #TargetsNoticeBoard battles were huge!

Battling it out from #TargetsNoticeBoard 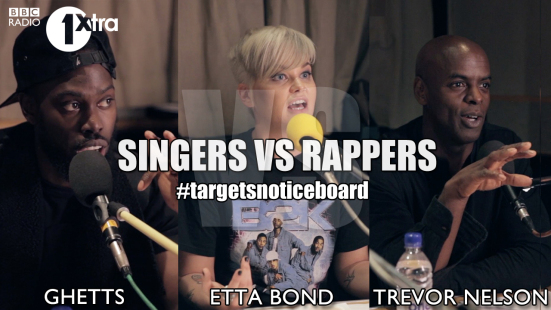 4 Rappers battled 4 singers with a series of outstanding performances accompanied by a full live band ‘The Rebels‘ and DJ Melody Kane on the decks!

This was a unique music session held in the ‘BBC Maida Vale Vale Studios‘. After watching the battles you can see why they’ve been chosen as the final contenders.

So many great artists that have been represented at the BBC Maida Vale studio’s have gone on to bigger and better things.

Celebrating the frontline rappers & the slick singers out there, it’s without a doubt one hell of a strong showdown.

Hats off to all the massive fresh talent seen in the battles here, representing the UK. Congratulations to all who took part, you were all wicked. #dwfMedia

Showcasing just what’s out there check out the BBC Radio 1Xtra YouTube Channel. Could this be a fresh new trend, is it the first of many? It should be! 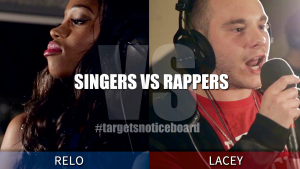 Killing it for dwfMedia from the ‘Singers’ team was the beautiful ‘Relo‘ damn she got soul. Summertime windows down, cruising is here ‘Relo‘ singing ‘Stay Here‘ did it for me.

On the ‘Rappers’ side I agree with the judges. Really kicking out some smooth lyrics keeping it real, rapping about real life situations covering a huge variation of subject matters.

I really can’t get enough of ‘Truemendous‘ 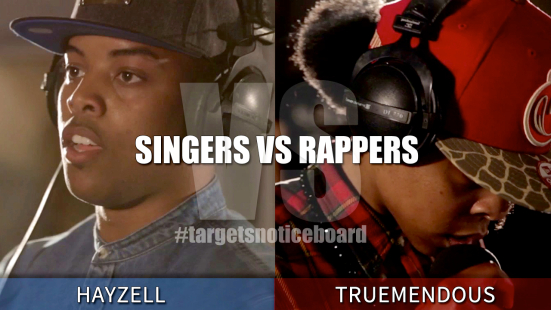 If this was put on as a ‘Live Lounge Maida Vale Session’ CD I’d be first in-line to buy it.

Below is a taster of what has been going down in the ‘BBC Maida Vale Studio’ ‘Singers Vs Rappers’ Team Showdown put two teams to the test in front of a panel of expert judges: Ghetts : Etta Bond & Trevor Nelson.

Who’s the winner in your eyes? Team Rappers or Team Singers? Show some love and check out all the performances via the BBC Radio 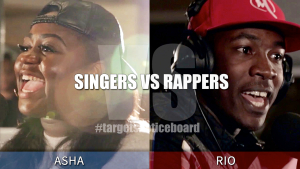 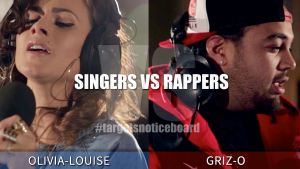