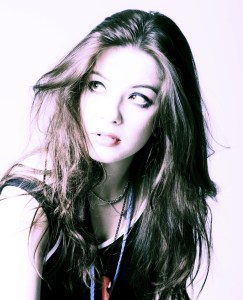 This is exactly why I love what I do! Discovering new artists is always a great pleasure but when you discover something special, something that moves you, it makes it all worth while.

Allow me to introduce the super talented and beautiful ‘ILONA’. Since making the decision to move to London from Bulgaria a few years ago it’s been an amazing journey for this young lady.

Already with numerous radio appearances under her belt, future TV appearances planned and several live shows, the only way is up.

Her latest release is the outstanding 7 track EP ‘Thunderstorm‘ “We created a sound that would resonate throughout all the tracks and take you on a journey” (Ilona) Here’s what she has to say in her own words and much more below.

How long has ‘ThunderStorm’ EP been in the making, what’s your favorite track?

I’ve been making ‘Thunderstorm’ for about 4 or 5 months. It consists of 7 tracks that I love equally. I’ve been recording them in two different places, some of them are done in Arcadium Studios with producer ‘Sam Kennedy’ who is amazing. Some of the tracks were recorded at MiniMajor studios that I co-run with my producer Tony Moore.

We created a sound that would resonate throughout all the tracks and take you on a journey.

One of my favorites is a new track that’s going to be my next single called ‘Back To You’- a collaboration with US artist Michael Logen.

What’s the most valuable lesson you’ve learned as a musician?

I think I’ve learned to trust myself more than anyone else. I know that sounds easy to say than do. Being in the music industry altogether makes you realize what’s really important, which is friends and family. Even though music comes first, your friends and family equally as important to you and it has to be that you show them how much they mean to you everyday. At the end of the day they’re the people who’ll end up supporting you when you’re feeling down, when you’re not secure in what you’re doing, when you don’t believe in yourself they’re always there for you.

Without them you can’t really continue to make your dreams come true, so I think that’s the lesson. And I’ve had to struggle with deciding to do music full time without full initial support.

I love the 80’s. I’m a huge 80’s fan and also I love Rock Bands. The two rock band’s that I listen to the most is ‘Nine Inch Nails’ and ’30 Seconds To Mars’. Artists like ‘Kate Bush’, ‘Phil Collins’ and ‘Sade’ are constant favorites that I always return to.

Have you ever wanted to write for a movie soundtrack or a TV commercial?

Yes very much so. In-fact I started working with a company a few months ago called ‘Making Trax’ they’re a syncing and licensing company. They sync tracks to different TV shows and adverts. I’ve been collaborating on a lot of projects and sending material over the the US and a couple of them have done well so far. That’s all I can say at this stage. It’s something I want to explore including soundtracks for movies.

Name something you’d love to do in life. Maybe a passion, a dream, maybe it’s involved with music or not?

The thing that I keep close to my heart as a dream is always connected to music. Music takes over everything I do. My dream would be to go on a huge tour and reach millions of people through our music and make a difference in peoples lives through the music that we make. I’d love to take it back to my homeland Bulgaria and change the situation that they have at the moment with music. Introduce different styles and have things on the reverse side, show the UK and the States that there are amazing Bulgarian musicians out there and bring some of the Bulgarian roots into other more advanced economically developed countries. That’s something no-one has really done before on a global level, musically, so that’s one thing I want to try. You have to dream big. You have to imagine the impossible is possible.

Did you ever perform in Bulgaria before moving to the UK?

I never did a single show or a single gig. I only started singing 3 years ago. Before that, I didn’t really sing solo in public, excluding bits in school projects and backing vocals for bands when I was 17-18. In-fact I’m going to Bulgaria in May to do my first show. It’s going to be broadcast on national TV so I’m really excited.

Ok some quick fire questions, if you wish to give an explanation please do.

Hotels or Camping? Hmmmm hotels and I have to justify myself haha. I did a lot of camping during festivals and it gets really muddy and horrible. It’s no good for the artist to get ready for next show, especially if you have 2 performances a day. Wet wipes just don’t cut it.

Countryside or City life? For me it’s always been city life. Except for when I relax I like to go near the beach, that’s my kind of countryside. I like to be around the beach or some form of water.

Is it true you’re an ambassador for ‘Childline Rocks‘?

Yes. I have been for about two years now. I have done a few fantastic shows with them.

Please tell me more? Well ‘Childline Rocks‘ is a UK Charity that provides a helpline for vulnerable children to call anonymously. They organize different shows to raise money and awareness. Also it is connected to a few different ways to fund raise, people do things like bike rides and sports relief events. I’ve done about 6 or 7 shows with them. A few months ago we did a charity show with ‘The Feeling’ and another one we did was with ‘Gabriella Cilmi‘ and ‘Tom Baxter’. 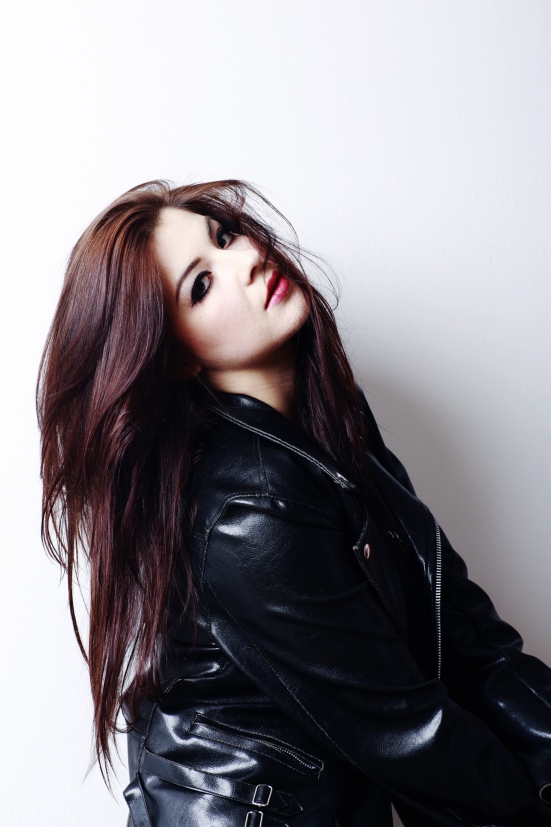 I feel you’re quite passionate about people and helping others?

Yes. That reflects in the music we do as well, everything we do is therapeutic for us as artists. For me also it’s about others, I do think about others when I write, imagine what emotion they will go through when listening. Most of my songs are about things that have happened with people that I’ve cared about deeply, that have influenced me somehow, left a scar.

The video for ‘Back To You‘ when will it be released and why do you say it’s different to the rest of your videos?

We’re filming very soon, editing will take a couple of weeks. We want to bring it out as soon as possible because it’s the next single, so it should be ready in May.

The reason it’s different, it’s going to be a concept we haven’t tried before. The people that are involved in the filming process are some of the best in the industry.

It’s going to be very retro looking, very dark and moody and at the same time very beautiful. It will all be about simplistic movements and ethereal settings. I’m excited because of the space, the location that we were offered, it’s the most beautifully mysterious place, but filled with light in the daytime. A lot can be done there, so we’re going to stylize the whole thing and turn it into a movie set. I’ll start posting pictures on my website to give little hints soon.

Best advice for anyone thinking of becoming a musician?

I can say a lot of things. The hardest thing is not to give up when you get really close to your goal but it’s still not realized fully, that’s the time you have to stay focused. Perseverance is the most important thing. There has been so many times where I’ve felt it’s just not working out, I’ve got to quit now. That’s when you have to carry on. The only people that really get successful are the ones who carry on despite the doubts.