Finally I caught up with the amazing ‘Sebastian Blake‘.

London-based singer / songwriter ‘Sebastian Blake’ is mixing it up, and paving the way forward for the next generation of musicians. 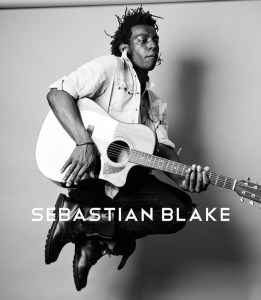 If you dig a little deeper you’ll soon see that he’s much more than just a musician. I just love a musical journey that touches me, that makes me want to get on my feet and move. When I discovered Sebastian I was literally bouncing with delight!

He’s got style like no-other. A drive that makes you feel like you’re on stop and is a lyrical genius.

It’s easy to say we’re inspired by this and that, but this time it’s happened. Sebastian Blake does so many things, he dedicates a huge amount of his time to what he loves. What you see & what you hear is born from the heart and mind of Sebastian himself..

2014 is Sebastian’s year. It’s going to be an exciting year with so many exciting new projects / videos and music coming your way. You heard it here first.

dwfMedia : What’s the first song you ever wrote?

Sebastian Blake : As I was telling you before about the Chinese character for gratitude. It has ‘big’ and ‘heart’ and only a person with a big heart has gratitude. I think the first song I written was about gratitude, it’s called ‘Mothers Day‘ for my mum.

(Sebastian then picked up his guitar and began to play the track, it was amazing. Warm and sincere it would make any mother proud).

Did you know deep down you was going to be a musician, or did it just happen? In April 2010 I borrowed my house-mates guitar. I was living in Brighton and I decided to keep diary entries, about my feelings and express myself through that. I started play the guitar, purely just to play. Then I started putting my diary entries with the guitar, and that’s what I still do.

Do you think about how the listener may feel when writing a song?

Wow. No, to me it’s an element of surprise. I was an engineer. Very logical thinker, very scientific way of seeing things. When I write my songs it’s like a painter that’s painting blind. I don’t know what I’m drawing, what I’m feeling. When I look back I think wow this is me, that’s how I felt? Take my song ‘Red Underwear’ that was a diary entry, I’ve never seen a girl with red underwear, or I might have but I can’t remember, maybe when I was drunk, I don’t know.

What have you released to date? ‘Red Underwear‘ that’s about a fantasy of mine. ‘Come Out And Party‘ as it says on the tin. ‘Fly Away‘ I wrote that when I was destitute in Brighton. I was moving out, I had no money, I thought I wanted to capture this moment because I just wanted to fly away from it. ‘One Of A Kind‘ that’s a song about everyone, one of their own kind, one of one. Oh and ‘Last week‘ wow my god. That’s about so many things can happen and change in a week.

What track release got you the most excited? I was excited about all of them. I’d have to say ‘Red Underwear’ because it was the first one. I’ve never done that before, I’d never filmed before, that was my first song I’d put on film and I’d done over 200 shows before that.

What track are you looking forward to releasing? It’s called ‘Something About You‘ I’ve never been so excited. I’m currently working with a songwriter / producer Miray Kriss. He’s got great vision for where a track needs to go, he really helps me bring that out of myself.

Can you remember your first live performance? Yes, wow. It was at the ‘White Swan’ or ‘The Black Horse’ I can’t quite remember. It was a pub in Brighton in ‘The Lanes’ I remember before I did that show I practiced for 3 months, can you believe it. I did the gig and it was terrible. I was so nervous and shy, the crowd was so loud. If anything it made me want to do better. That was September 2010.

What’s your aspirations / dreams. Where would you love to perform? It’s not so much dreams, I’d say it’s my vision. It’s all about vision. I’ll tell you, my first job was at Wembley Stadium. The first concert I worked at was for George Michael. I was a steward and it was an amazing vibe. That’s one of the things that led me to want to do music. Seeing 80 thousand people singing harmoniously in rhythm to the music. I thought that’s what I want to do.

That’s my vision. I feel now it’s actually not beyond my scope. I’ve worked there and I can write the songs. So I guess my vision is to perform at Wembley.

Do you think it’s as important to make music videos? It depends on the artist really. It can be expensive or it can be as simple as just recording it on your camera.

I think it’s important because when you put a video to something you have an emotional sound and an emotional picture. The way I see it, you’re stimulating the senses. When you play good music “it doesn’t just please the ear it vibrates the heart”(as my mentor once said). So if you got a good song, you’re pleasing the heart, they can feel it. The sound, they can hear it, and if you can put it in the form of a picture then they can see it, that’s 3 out of 5 senses, that’s better than 2 right.

What is it that keeps you going, that makes you get up and do more? It is that vision. I remember when started music I went to see a guy called Malcolm (he’s a vocal coach). I told him about this adventure I was going on, he said the most important thing an artist should have is to have vision. I didn’t understand it for a while but I already knew, because I already knew I wanted to play at Wembley. It’s that vision, it still drives me.

Every day I feel that I’m getting closer, I can taste it, I can smell it, I’m becoming it, I’m writing the songs to get me there. Yea it’s a vision.

What advice would you share with anyone who wants to be a musician?Definitely have a diary. I say a diary because I was inspired by an American writer called ‘Ralph Waldo Emerson‘ he had a diary and a lot of his entries became the book that he published. I say a diary because it allows you to write. I don’t want to sound cliché, when you’re writing it allows you to see it.

Another thing is not to be afraid. When I say afraid it’s not the element outside themselves, like their peers or families and stuff, but afraid from within.

The way I see it, I’m drawing blind. I don’t know what I am writing until I’m done and when I look back I think wow, this was in my heart. Just write, do not to be afraid when you’re writing or how you feel. It’s a wonderful thing, it’s like a blank canvas. 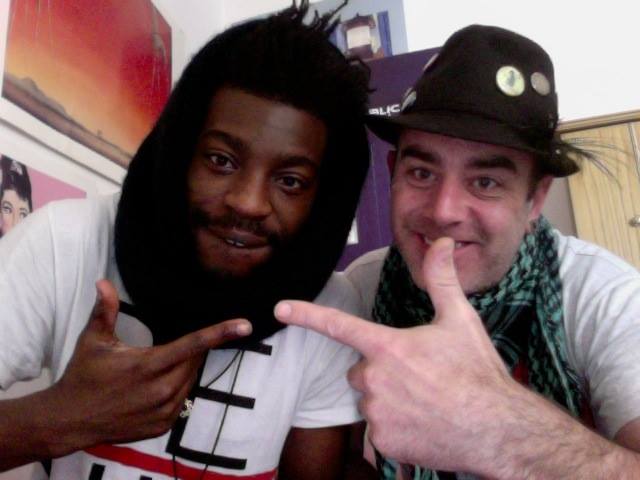