It gives me great pleasure to introduce ‘Swim Deep’ These guys are extremely cool, talented and humble. Causing a stir & heading far beyond the stars at full thrust.

I caught up with ‘Swim Deep’ shortly after their set at the ever popular ‘Wakestock’ festival. Europe’s largest Wake-board music festival. 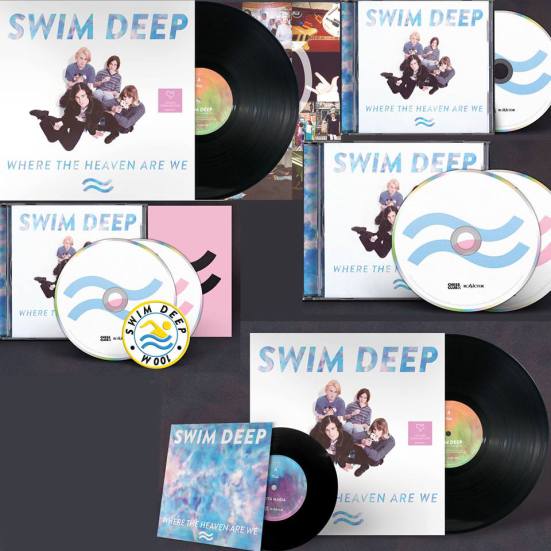 August 5th 2013 we see the anticipated debut album release of ‘Where The Heaven Are We’. Recorded in Brussels. Available as Download, CD/DVD bundle and signed 12″ with exclusive 7″ bonus Vinyl, all available to Pre-Order now.

Forming in 2011 ‘Swim Deep’ are the coolest feel good band to break the market, fast becoming a household name. Adding to the already huge list of followers.

The 4 piece band from Birmingham have recently found themselves trending worldwide via Twitter. Not only that, again they had airplay on Radio 1 and it won’t be the last either, I can assure you.

So far 2013 has been full to the brim with shows across the globe including Philadelphia, Los Angeles, NYC and Washington. Not to mention two performances at Glastonbury 2013 on the ‘John Peel’ Stage Friday and ‘William’s Green’ stage on Saturday back in June. These guys are booked right through to the end of 2013 including the awesome festival ‘Bestival’ in September 2013, if you see tickets for ‘Swim Deep’ I recommend you grab them now, as previous shows have sold out. 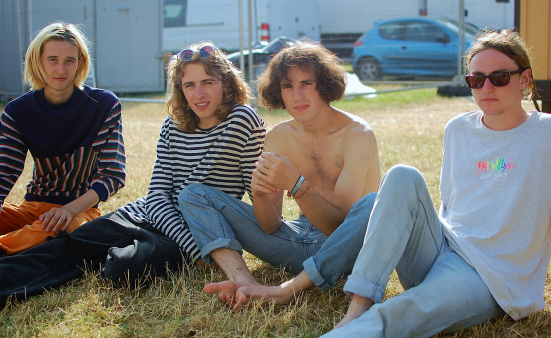 Anyway back to the interview, this is what the guys had to say :

Did you enjoy performing at Wakestock 2013? Austin and Zac: It was really fun. It’s always a good time when the suns out.

Tell me about Glastonbury 2013? Austin: I couldn’t tell you enough about it. Everything was just so good. There were so many young bands there. It was real magical to see all our friends there as well.

‘She Changes The Weather’ ‘The Sea’ and the band name ‘Swim Deep’. I’m getting a lot of water feelings? Austin: I guess it’s coincidence.

Tell me about your album ‘Where The Heaven Are We’ what does it mean to you guys? Austin: It means everything, it is what the band is now.

How long did it take to put the album together? Austin: It took us 3 weeks to put together in the studio, but it’s all our songs since we first started writing.

What can we expect to see in the documentary ‘What Are We Doing Here’? Austin and Zac : It’s just us mucking about, we’re just having a laugh and a lot of studio stuff as well. A lot of stuff from the recording of the album as well.

Who has the hardest job in the band? Austin : Me, Zac live, no I recon Zac live. No actually me, because singing is not what I started doing, it wasn’t my natural ability so I had to learn it.

Are you skateboarders making music or do you make music and skateboard? Austin and Zac : We don’t skateboard anymore. We used to skateboard, when we did nothing and was unemployed. We all just did what each other did. We just hung out in this spot Birmingham where the original ‘King City’ video was filmed.

Is that How you guys met because of Skateboarding? Austin and Zac : No. We met just going out, in clubs and parties. That’s how we met in the party spirit. 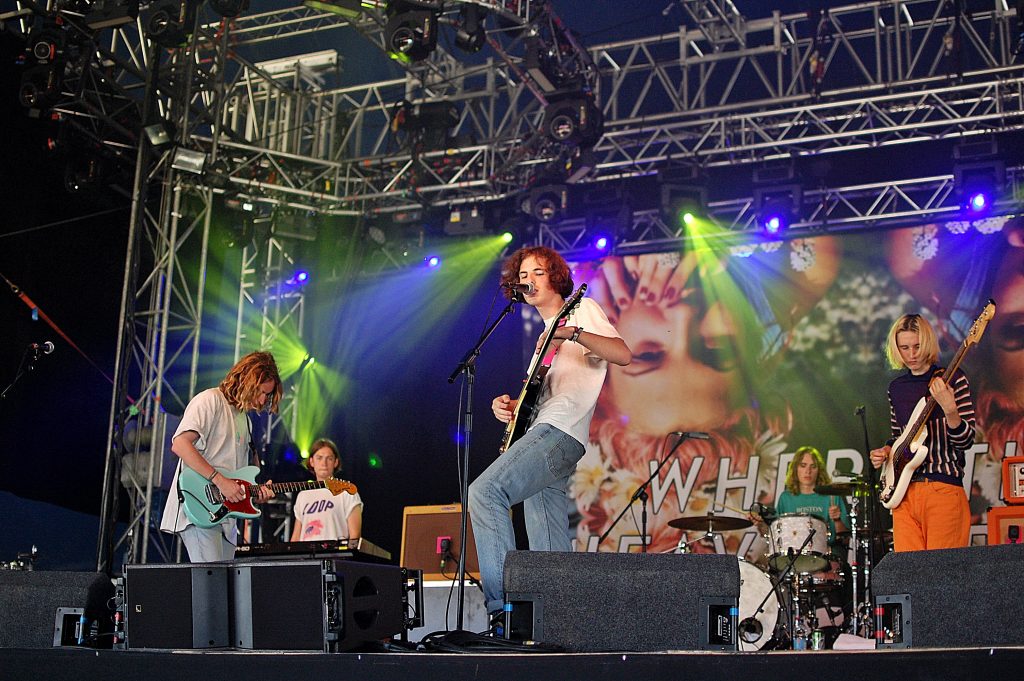 You’ve been a support band for quite a few people, name the craziest gig and why? Austin : We supported ‘Jakwob’ that was the worst we’ve ever done. Everything was out of tune, my keyboard was stuck on one key. It was really heart breaking, Cav (Cavan McCarthy) wasn’t in the band then.

Zac : It was a couple of years ago when we supported ‘Jakwob’. We used to travel in Higgy’s car as well, and we drove really far to that gig and everything that could have gone wrong, went wrong.

Has to be agreed by both, all quick fire questions. Austin and Zac : UK or USA? UK. The Moon or Mars? The Moon. Beer or spirits? Spirits. Full English or Continental? Continental. Theme parks or the zoo? Zoo. (By this point they’re both delighted as they’re both answering the same, bang on point) Bungee or Parachute jump? Parachute.

What track do you enjoy performing the most? Austin and Zac : ‘Red Lips’.

What do you all get up to when hanging out together? Austin : We jam a lot, we play a lot of FIFA when we’re at Zac’s. We’re not massive gamers but when we get the chance that’s what we like to do.

Zac : When we’re not at a gig we like jamming. It’s always music orientated.

Why should people check out ‘Swim Deep‘? Austin : Because it’s good music, It’s good new music and it’ll make you feel good as well. It’s all round good.

The best advice for anyone starting out as a band? Austin: Don’t rush anything. Yes actually you have to rush stuff, but don’t rush your first song recording. Make sure you record a good song and that will be the song that gets you noticed. If you record 10 just alright tracks then it’s no biggy, Loads of people do that. It’s better to record one good track that’s like real catchy or just real good.

What’s your first track that got you guys noticed? Austin and Zac : ‘King City’ that was the first song that got us really going. 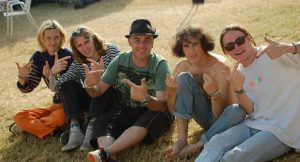