I met Dretonio at ‘THE GLOBE’ Cardiff one of Cardiff’s best clubs for new music: Dretonio Sinclair: Singer/songwriter from London and resides here in Cardiff, Dretonio is taking his own path and bringing his own style to the 21st century with a new flavour of music that’s created a buzz across the World pushing the music scene to another level. He is tipped as one of the hottest artists to look out for in 2012 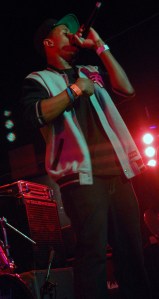 Following in his Fathers footsteps, as well as his Producing/writing Dretonio is also head of music at ‘Blaqbone Records’ so far his career has given him opportunity’s to share/open the stage for ‘Tinie Tempah’ ‘Example’ ‘Katy B’ ‘Wretch 32’ ‘Bobby V’ ‘Shola Ama’ the list goes on. He’s been Nominated ‘Best Male’ BEFFTA Awards 2011, Exposure Music Awards 2011, ”Best Local Artist” at the Radio Cardiff Music Awards 2009, Nominated as a Top Ten Finalist to win the St Heiler’s Urban music crown 2010 with ‘Swagger on point’. He began singing when he was just 8 years old and was always found in the studio and loves being able to express himself through music, his father ‘Sinclair’ signed to Dome Records 1992 and had several albums such as “I want you back” and a top 30 Single in the 1994 charts with “Ain’t no Casanova” amongst others such as “stay with me tonight”.

Where would you like to see yourself in the future? “Id like to be in the U.K charts at least” ‘Now Everybody Stand in Line’ is number 1 in the US in the ‘Mass Paul’ and ‘My Promo Charts’, there has been lot of promo with it and Gary the guy I worked with on the track; He’s put a lot of work into it. 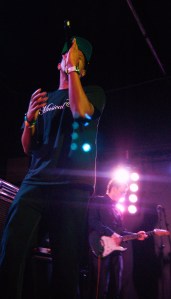 Has yr music Evolved, are you happy with where you are now? “Yes my music has defiantly evolved I released 6 projects since I been doing it professionally, when I started I was very much into Hip Hop and R&B but now I experiment with music I’ve learnt not to become a person being boxed into one genre I enjoy every genre of music and if I can give myself a go at it and enjoy it I will”.

Ramps&Tips (Topboiz) ft Dretonio ‘Doing me’ tell me more “Ramps is a good friend of mine for many years, he sent me the track; I wrote the chorus recorded it then sent it to London, they went crazy bout the hook, 2wks after I went to London and re-recorded it; then got in touch with ‘Link up TV’ who made the video, I write all my own stuff and I also co/write for other up and coming artist’s too”.

Do you think T.V talent shows offer a good platform for artist’s? “I honestly think the Voice is great, I’ve actually sang with Ruth from ‘The Voice’ and met with her as well and she’s a really nice person, ‘The voice’ is actually about the voice. I really enjoy watching it, as it shows the stages of them learning the songs and the battles we’re great”.

When did you realise you was taking music seriously? “About 6 years ago now, I’ve been singing since I was little, I was once in a click and rap together we was in a studio everyday and I kinda branched off from them and went to college, I was always into music but not solid interested in it at the time, I studied computer I.T for 2 yrs and after that I thought why didn’t I do performing arts?? I went and found myself courses to teach myself music management and engineering” He’s Featured on the homegrown show, UK flow.tv and BBC 1xtra and regular features on Cardiff 98.7fm playlist.

Who would you like to sing with? I wouldn’t narrow it down to one but right now in America I’d love to work with a guy called Ryan Leslie a singer/producer he’s amazing, in the UK Labrinth I seen him live and he is good, I seen him here in Cardiff, I love his music he has his own unique sound and style. 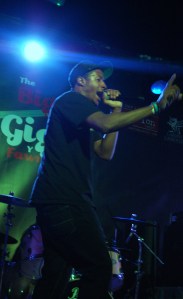 Can you remember yr 1st gig? It was for a comp for a talent show when I was a kid at Stanmore college, I sang a track ‘you will know’ about 18 yrs ago.

The last album you listened too? “Labrinth”What track do you connect with most? “Rock the World” Your favourite alcoholic drink? “J.d and Amaretto”. Favourite meal? “Ha-ha My Mums Sunday dinner”

What do you do in your spare time? “Relaxing with the family, I like to exercise a lot, do a bit of running and I watch films”.

What’s lined up for the rest of the year? “I got the launch of my new single ‘Rock The World’ in July, ‘Everybody Stand in Line’ 27th May and Surface Festival 4th June and possibly Beach Break 2012, Breaking out Fest on the 16th June and Fat Talent festival 17th June in London and one in ‘The Globe’ also the same day”. 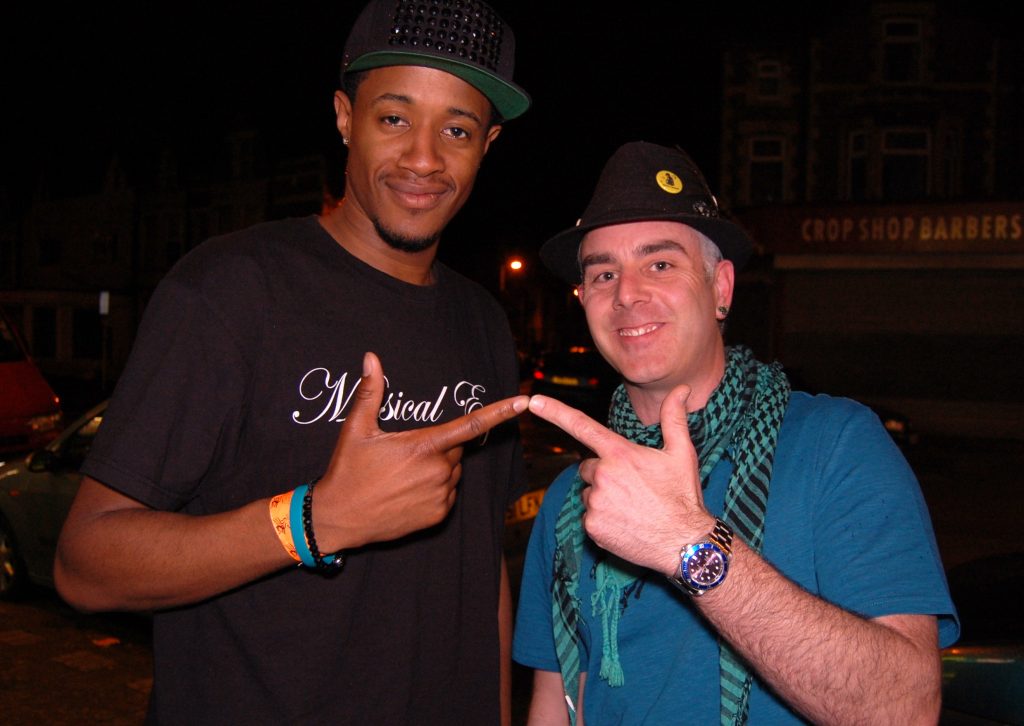 The band members for Dretonio: 2 Drummers Wizzy aka Ayo and George Milward.

Adam and Richard on Guitar.

Hilly on the Decks.